You can find yourself in some strange places. 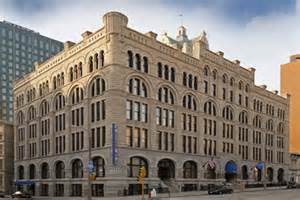 Susanne and I are spending the better part of this week at the Pfister hotel in Milwaukee for the District Superintendents leadership conference.  This leadership development conference is for D.S.’s in Canada and the United States. There will be 70 of us and our spouses as well as resource people from our denomination, and special speakers and guests as well.  Two things stuck me as we prepared to make the drive for our home to the hotel today.  Years ago I could not have imagined us having a conference in Milwaukee.  I am sure Milwaukee is fine city.  From what I have seen today, it is quite beautiful.  Lake Michigan is three blocks from the hotel, and as I write this I can see the Lake and it is quite impressive.  In my lifetime I have seen Lake Michigan from nearly all angles and perspectives.  I am quite taken with Lake Michigan and the other Great Lakes.  Milwaukee does not strike me as a conference city, and especially for those who don’t drink beer.  But that is not the most odd thing about all of this, I am staying in what is described as “the most haunted hotel in America, perhaps the world!!”  I would be the first person to say District Superintendents are probably in need of a good scare. In my room I found two quotes from major league baseball players who have stayed here and gave an account of their brush with the paranormal.

As I was growing up and going to church and then attending a church college and then pastoring churches, and now superintending churches, I thought that life would be predictable.  Chalk that up as an idea that never really materialized.  Things I have done that I never imagined when I was young:

Every pastor I know could write a list filled with many things that they never dreamed they would do or experience.  As I look back I realized that I had no idea what all was going to happen.   All of this happened  because I said yes to the Call to be a preacher/pastor.  Many reading this are of the impression that pastors don’t live in the real world.  I must say that pastors have a front row on the real world, each and every day.

As I have been in ministry since December of 1981, a brewery or two, and a haunted hotel seems like shall I say it?  ….A Sunday School picnic.

Oh Yes I have found myself in some strange places and difficult situations as well as a few tough spots.  Allow me to testify, the best place to be is always in the center of God’s will.  His grace will take you through a lot of strange places!