Goals alone may not be the answer! 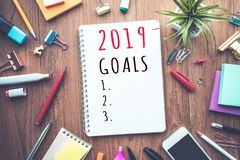 People who succeed wildly have goals. They write them down read and reread them often. Perhaps they even say them out loud and repeat them before going to bed and say them again when they get up in the morning.

People who do not succeed have goals as well! They did not achieve them or got distracted or for any number of reason failed to reach their goals. So, it is safe to say that it was not the goal-setting that separates the two groups.

Then the question must be asked what was the difference? If one group reached their goals and the other group did not, what was the reason?

Goal-setting is not enough! For most of my adult life I set goals. A few I reached many if not most I did not. It was not until recently that I started reaching the goals I was working toward. What has made the difference? It was not the goal, it was the systems I put in place and the actions/activities that I focused on that led me to the goal.

For much of my life, I have had as a goal the losing of weight. When by chance I did lose some weight, it was short lived and I would eventually be back where I started adding a few extra pounds in the process.

You see I had a weight loss goal, I did not have until recently a system to help me achieve my goal. You have to take small, incremental, consistent, actions often. Instead of focussing on the goal, focus on the action that over time will lead you to the desired goal. It is not wishful thinking that changes anything in life, it is determined action. Often I fell into the thinking that if I wanted big changes in my life, I had to make a massive change or changes. A large change in very little time will overwhelm most people. It is the little doable changes and new habits that will over time create large change!

James Clear has written a great book entitled “Atomic Change” The subtitle is: how to get 1% better every day. I have read this book as well as listened to the Audible recording. His ideas and stories recorded in the book will be helpful to anyone regardless of where you are today in life.

If you want to pay off debt: start with taking small steps toward paying down debt and do not incur further debt. Start small by adding to an emergency fund.

Do you want to get fit? Start going to the gym for fifteen minutes, or taking a walk around the block.

Do you want to write a book? Start writing a sentence everyday, then after you master that start writing 500 words a day and so on.

Do you want to be a lifelong learner? Start by reading a book for fifteen minutes a day.

As you can see the list could go on and on. Your problem is not your goals, your problem is your system to reach the goals. In order to reach a goal, you must take action! It does not need to be enormous action just small, consistent actions that will over time lead you to the destination.

I would be happy to talk to you sometime about the systems I am putting in place to reach my goals.