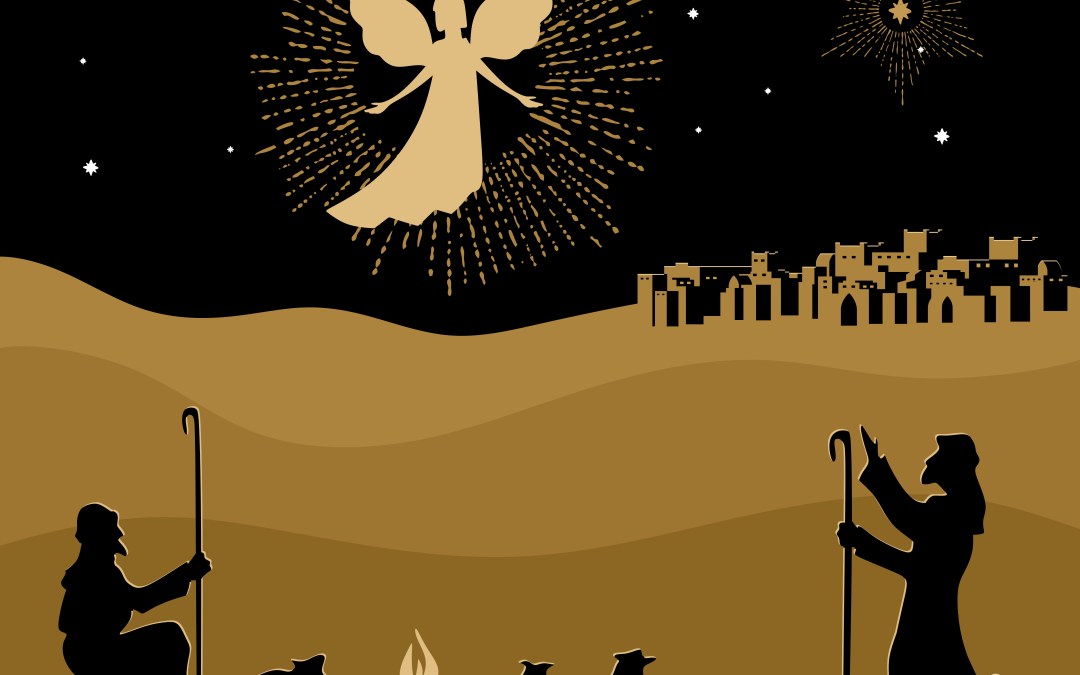 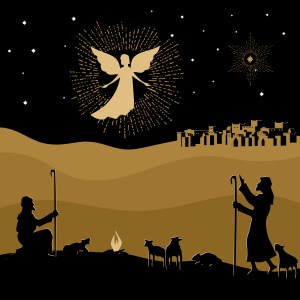 Today I am preaching on the greatest story ever told found in Luke 2:

2 In those days Caesar Augustus issued a decree that a census should be taken of the entire Roman world. 2 (This was the first census that took place while]Quirinius was governor of Syria.) 3 And everyone went to their own town to register.
4 So Joseph also went up from the town of Nazareth in Galilee to Judea, to Bethlehem the town of David, because he belonged to the house and line of David. 5 He went there to register with Mary, who was pledged to be married to him and was expecting a child. 6 While they were there, the time came for the baby to be born, 7 and she gave birth to her firstborn, a son. She wrapped him in cloths and placed him in a manger because there was no guest room available for them.
8 And there were shepherds living out in the fields nearby, keeping watch over their flocks at night. 9 An angel of the Lord appeared to them, and the glory of the Lord shone around them, and they were terrified. 10 But the angel said to them, “Do not be afraid. I bring you good news that will cause great joy for all the people. 11 Today in the town of David a Savior has been born to you; he is the Messiah, the Lord. 12 This will be a sign to you: You will find a baby wrapped in cloths and lying in a manger.”
13 Suddenly a great company of the heavenly host appeared with the angel, praising God and saying,
14 “Glory to God in the highest heaven,
and on earth peace to those on whom his favor rests.”
15 When the angels had left them and gone into heaven, the shepherds said to one another, “Let’s go to Bethlehem and see this thing that has happened, which the Lord has told us about.”
16 So they hurried off and found Mary and Joseph, and the baby, who was lying in the manger. 17 When they had seen him, they spread the word concerning what had been told them about this child, 18 and all who heard it were amazed at what the shepherds said to them. 19 But Mary treasured up all these things and pondered them in her heart. 20 The shepherds returned, glorifying and praising God for all the things they had heard and seen, which were just as they had been told.
I will look at this from the perspective of the Shepherds.
1    The Shepherds left their flocks. Up, to that point watching sheep and taking care of them was their main job. At that point, the announcement from the angels took the priority for their lives. It is amazing in the story of Christ’s birth that the people we think would receive the announcement, Kings, religious leaders and the well-connected do not receive the news. Rather, a hand-maiden, and carpenter from a small town and the ones who receive the clearest and longest most complete message are shepherds! Shepherds could not testify in court because they were considered dishonest and untrustworthy. They were unclean because they could not observe the rituals because of their work demands.
I am starting the message this morning with two quotes: If we could condense all the truths of Christmas into only three words, these would be the words: “God with us.” The good news is that we are not alone to figure things out for ourselves, God has broken into our world. The good news today is, we are not alone, God is with us
I like the following quote from Max Lucado: “He came, not as a flash of light or as an unapproachable conqueror, but as one a peasant girl and a sleepy carpenter heard his first cries. God tapped humanity on its collective shoulder, “Pardon me,” he said, and eternity interrupted time, divinity interrupted carnality, and heaven interrupted the earth in the form of a baby. Christianity was born in one big heavenly interruption”.
Considering the good news of great joy, what does God have to do today to get your attention?
The shepherds showed urgency in getting up and checking out the angel’s story. Do you have a sense of urgency regarding spiritual matters? The shepherds remind us of the urgency that there must be in hearing and responding in obedience to the news of the birth of Christ.
2 The Shepherds left at once v. 16
3 The Shepherds want to see for themselves v. 15
4 The Shepherds remembered what the angels had said v 17
5 The Shepherds immediately told others v.17
This is the fourth Sunday of Advent. The shepherds are great examples of obedience. They did not hang around and debate the subject. They did not have a board meeting and vote on whether they believed the angels. They went, and they went immediately. There is nothing wrong with checking the information regarding Christ. You owe to yourself to do so. The shepherds got up immediately and at once went to see if what they angels said was true.
The shepherds are some of the first evangelists in the New Testament. They told others what the angels told them. They told what they had seen and observed on a back street in a barn in Bethlehem. Many think they need special training to tell the story of Jesus. You only need to report your experience. We used to call these testimonies when I was growing up in the church. Nothing More than an eyewitness reporting on what Jesus has done for you. People can argue doctrine and on whether they believe the Bible is God’s word, but they can’t tell you that what you experienced did not happen.  May we today follow the example of the shepherds and  get up at once and follow Jesus?
Merry Christmas and God bless you